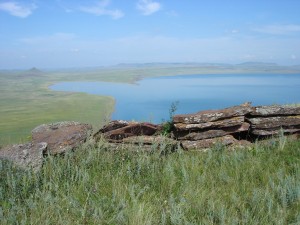 Lake Bele from the Chalpan mountain

Landforms. The landforms of the section are composed from hills and knolls with a characteristic inclination to the southeast and cuesta- or cone-shaped form of knolls. The lake consists of two stretches (small and big), connected by four-kilometer-long shallow strait, which has different width along the whole length. In high-water years all the low areas of the northern coast of the strait become flooded with water, making numerous coves, spits and islands of sand or sand with detritus. The lake itself is without drainage with the various degree of mineralization. The total area of its basin is 7.7 thousands of hectares. The reserve occupies the basin of 500 hectares (6,7% of the lake’s area). 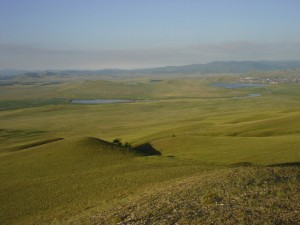 The steppe area of the section

Soils. The soil covering is represented by variety of common and southern humus in aggregate with solonetzic, saline and meadow soils. For all soils the wide spread occurrence of detritus and gristly forms is typical. The maximum development detritus reaches near Lake Bele. The soils of the meadow complex are represented by meadow humus, meadow, saline and solonetzic soils in the high-water beds, terraces above the flood plains and the offshore territories. 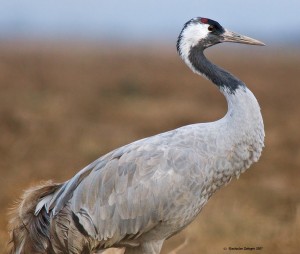 The saline composition of the water of Lake Bele is close to the sea water, but in spite of this, the aboriginal population of perch, adapted to live in such water, inhabits in the lake. Some specients reach 3-4 kg in weight, the average size of the fish does not exceed 1-1.5 kg.

The shallow strait of Lake Bele is the Key Ornithological Territory of the Russian Federation and Asia.