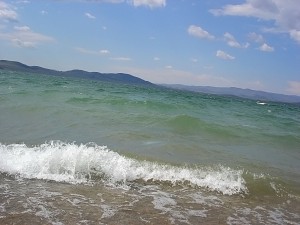 The section is situated in the Shirinsky district of the Republic of Khakasia, in the southeastern part of the Chebakovsko-Balahtinskiy Hollow. The protected territory embraces the shore and the basin of Lake Itkil. The land territory is stretched in the southeastern direction and its extent is 8 kilometers from the lake. Lake Itkul itself is a large fresh basin with the total area of 2.3 thousands of hectares. Western and southwestern shores of the lake are swamped, the Karysh and Karasuk Rivers fall into the lake here. The section territory, except Lake Itkul, also includes 5 slightly mineralized Spirinskiy Lakes.

Landforms. The cuestas and ridges prevail in the relief of this section; this relief is developed from the sedimentary rocks of the middle and upper Devonian period. Cuestas are of evidently expressed northwestern direction. The Karysh and Karasuk Rivers run through the swamped flood plain and fall in Lake Itkul.

Soils. The soil covering is represented by variety of common and southern humus in aggregate with solonetzic, saline and meadow soils. For all soils the wide spread occurrence of detritus and gristly forms is typical. The soils of the meadow complex are represented by meadow humus, meadow, saline and solonetzic soils in the high-water beds, terraces above the flood plains and the offshore territories. 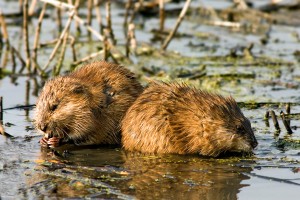 Flora and fauna. In the «Lake Itkul» section more than 504 higher vascular plant species are recorded. Among them there are 5 plant species listed in the Red Book of the Russian Federation(2008), 23 – in the Red Book of the Republic of Khakasia. Almost all steppe vegetation phytocenoses of the Republic of Khakasia can be found on the territory of this section, from sandy and deserted to meadow ones.

There are 17 fish species, 3 amphibian species, 5 reptile species, 166 bird species, 15 mammal species, which are referred to 5 orders, including 1 mammal species listed in the appendix of the Red Book of the Republic of Khakasia.

Lake Itkul is the biggest fresh lake of the Republic of Khakasia, its water is considered to be the most clear of all the lakes of the republic. The Itkul’s water is used to provide water supply of the “Lake Shira” resort and Kolodezny township of the Shirinsky district. Before making this territory protected (1991) the considerable areas of the section were occupied with ploughed fields and natural meadowlands. At present, thanks to the protected regime, the restoration of the steppe vegetation is in process.