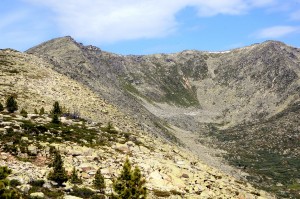 The “The Lykovs Squatting” section

The transboundary Specially Protected Natural Area “The Lykovs Squatting” is situated on the borders of Khakasia, Tuva and Altai and protects the nook of wild nature, which is exposed to the anthropogenic influence.

The section was established in May 2001 in Tashtypsky district of the Republic of Khakasia, but it is still little studied. Its original microclimate of the intermountain valley of the Karatosh and Izerla Rivers, the diversity of landscapes, little snow (20-30 cm) in comparison with adjoining territories, where the snow cover height is about 1,0-1,5 m and abundant nutritive base creates the optimal conditions for wild animals hibernation, which migrate there from the adjoining territories. The “The Lykovs Squatting” section is considered as the etalon of wild nature of the Western Sayan Mountains, and it plays the important role in preserving the biodiversity of administratively separated republics.

Flora and fauna. The vegetation cover is also little studied. There can be marked out the taiga mountain and high-mountain zones. In this section more than 300 higher vascular plant species are recorded for today.  Among them there are 4 plant species listed in the Red Book of the Russian Federation, 9 – in the Red Book of the Republic of Khakasia. 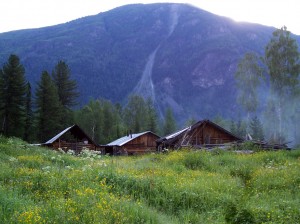 The animal world is manifold, but little studied till now. In comparison with other regions there is high amount of sable, musk deer, bear, squirrel and mink. From among the rare and endangered animals listed in the Red Book of the Russian Federation and the Republic of Khakasia there can be found reindeer (Altai-Sayan population), Asiatic ibex, Siberian argali, snow leopard, otter, fish hawk, golden eagle, Altaic snowcock and others.

The “The Lykovs Squatting” section represents the reservation for preserving and settlement of snow leopard, Siberian argali, Asiatic ibex, otter, sable, maral, reindeer (Sayan population). The main migration routes and places of habitation of winter settling of rare and valuable animal species are there. The territory serves as a polygon of studying animal biology and ecology.