The activities on creating specially protected natural areas in the Republic of Khakassia started in 1970s. In 1981, the Developmental Morphology and Ethnology Institute of the USSR Academy of Sciences conducted a research to study the steppe areas of Khakassia and Tuva regions, and then establish a nature reserve there. The research was headed by Evgeny Syroechkovsky, an academician. These plans did not come through at that time.

The authorities of Khakasia were more concerned about increasing the livestock population. Nevertheless, a candidate of biological sciences Yuri Kustov and biologist Sergei Prokofiev started designing the reserves at the end of 1980s. By that time, all steppes in Khakassia were used for agricultural purposes. It cost a lot of effort and persistence to withdraw at least small pieces of land from agricultural production. As a result, 8 isolated areas in steppe and forest-steppe zones located in northern and central parts of Khakassia were designed. The biggest area occupied more than 5 thousand hectares. Steppes, lakes and wetlands that did not fit for agricultural use were assigned to the reserve. In return for their lands, the heads of collective and state farms demanded permission to reduce their livestock numbers (which estimated at millions).

Some of the proposed for the reserve areas were located close to settlements, others bordered highways and railways, occupied territories of recreation centers, underground pipelines, dumps and power lines.

Finally, in 1991, the first reserve of the Republic of Khakassia was established. In August, the Chazy State Nature Reserve was established by resolution of the RSFSR Council of Ministers. The reserve consisted of 7 areas located in 4 districts, with the total area of 24.1 thousand hectares. 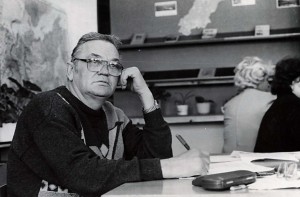 In the beginning, the reserve came across into a lot of difficulties, for example, the roads continued functioning and it was impossible to close the dump because the district authorities had no money to build a new one.

The unique Lake Ulug-Kol—the nesting place of rare and endangered waterfowl and bog birds—was not included into the reserve. At first, the lake became a part of a republican nature reserve, but there was no money to support it. It took almost 6 years to include this territory in the list of reserve’s areas.

In 1998, Lake Ulug-Kol area included in the International List of Key Ornithological Territories of Asia became a part of the Chazy Reserve. The total area of the reserve increased to 27.3 thousand hectares. 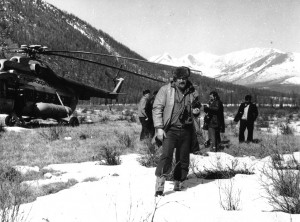 When the Chazy Reserve project was finished, the working group started designing the Maly Abakan mountain taiga (cedar) reserve. By the end of 1970s, the unique cedar and fir forests located in the Western Sayan Mountains in the basin of the Maly Abakan River were under threat of destruction.

In 1979, Glavohota RSFSR instructed a working group headed by F. Shtilmark and N. Obushenkov to design the Maly Abakan Wildlife Refuge. The refuge with the total area of 119 thousand hectares was established in 1980. It prevented disafforestation, but the forests were still considered as part of the state forest resources, so the threat of deforestation remained.

Activities on establishing the nature reserve continued in 1990. Scientists from the Azas Reserve (Tuva) and specialists from the Environment Protection Committee of Khakassia joined the working group. The project was completed in 1992, and on September 8th, 1993, the Maly Abakan Wildlife Refuge became state nature reserve by the resolution #816 of the RSFSR Council of Ministers. The total area of the reserve was 104.5 thousand hectares.

The area included high-bonitat cedar forests and highlands—habitats of rare animal species became a part of the reserve. In addition, the reserve was remote from settlements and difficult to access. 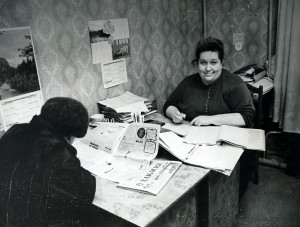 In November, 1999, the Chazy and Maly Abakan reserves were united into the Khakassky State Nature Reserve. The Khakassky Reserve’s team decided to start restoration of the Altai Reserve’s areas located in Khakassia to create a huge transboundary protected area. It bordered the Altai Reserve in the west and Ubsunur Hollow Reserve in the south. This area encompassed habitats of such rare species as snow leopard, Siberian ibex, and reindeer.

The Khakassky Reserve’s project was partially accepted, and the reserve increased its territory by creating the Zaimka Lykovykh area. The resolution of the Government of the Russian Federation was signed in May, 2001.